Umang Gupta
Founder, BPG Law Chambers
Foundation for starting from the Country’s Apex Court was laid in the Chambers of renowned and eminent Senior Advocate Mr. Uday U. Lalit, Senior Advocate (as he then was; now a Hon’ble Judge of the Supreme Court of India) and Mr. K.V. Vishwanathan, with whom Mr. Umang Gupta had successfully trained and won deep appreciation. His keen interest in Corporate Law, made him pursue Masters in Law (LL.M.) in Business and Finance Law from the George Washington University Law School, Washington D.C. He was elected as the LL.M. Senator to represent the LL.M. community at the Student Bar Association in the University. After coming back to India, Mr. Gupta had joined India’s premier dispute resolution Law Firm- Agarwal Law Associates, New Delhi. Mr. Gupta has previously trained at top-tier firms like Herbert Smith LLP, Singapore.

Mr. Gupta is the Founder of the Law Firm- BPG Law Chambers and practices in Jaipur & Delhi. Mr. Gupta has been dealing with and handling matter involving important legal issues of various prestigious Companies, Government Bodies, Banks & Financial Institutions. He has even been appointed as Amicus Curiae by the Hon’ble Rajasthan High Court in issues pertaining to Environment Law.

Umang also has considerable oral advocacy experience and has conducted important matters before the Supreme Court of India, Rajasthan High Court, High Court of Delhi and other States and various Tribunals like Telecom Tribunal, Consumer Courts, Debt Recovery Tribunal, Competition Commission, and National Green Tribunal, on behalf of his clients.

Mr. Gupta has the honor of coming from an illustrious family in Jaipur. He is the grandson of Shri B.P. Gupta, who was a Senior Advocate of the Rajasthan High Court, and son of Shri Sudhir Gupta, a Senior Counsel practicing at the Rajasthan High Court and the Supreme Court of India, who has inspired him to worship and practicing the profession of law in its true essence “Supremacy of Justice and Justice for all”. 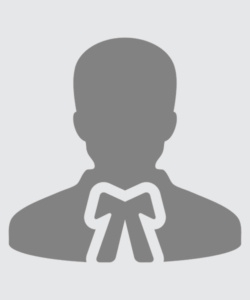 After coming back to India, Mr. Tarang began his legal career at the office of a leading criminal lawyer in Delhi wherein he argued bail applications, revision and quashing petitions before Hon’ble High Court of Delhi, District and Sessions Court, Delhi, and other Hon’ble Forums in several matters pertaining to Indian Penal Code, Code of Criminal Procedure, Negotiable Instruments Act, Prevention of Money Laundering Act, etc. He also carried out various cross-examinations before the Hon’ble Courts in Delhi in matters involving complex issues.

Mr. Tarang has also worked at Mason and Associates, a leading Intellectual Property Law firm based in New Delhi, wherein he advised high-profile clients on copyright, trademark law, and information technology matters in enforcing and protecting their rights, both in terms of litigation as well as prosecution. He also carried out extensive work in the copyright sphere particularly in relation to contractual drafting for the publishing and music industry.

Mr. Tarang has argued important matters before the High Court of Delhi, District and Sessions Courts, Delhi, Bombay High Court, and other States as well as various Tribunals such as Intellectual Property Appellate Board, Consumer Courts, Debt Recovery Tribunal, Appellate Tribunal for Electricity on behalf of his clients. An active participant in various Moot Courts and essay writing competitions during his law school. During her Law School, Aditi has participated in various National Moot Court Competitions. She has interned and gained experience with prestigious law firms and was one of the founding members of the MUN Society of University Five Year Law College. She has even presented papers on a variety of subjects including, “Real Estate Investment Trust”, “Commercial Arbitration in India: Problems and Prospects.” etc.

She has been delivering talks on various legal topics in seminars and law colleges pertaining to Child Rights, Rights of women at work, Gender Sensitive Education, and various other current legal issues. She is also involved and associated with various Associations such as RHCBA, Indian Lawyers Association (ILA), Jaipur Law Fest, and Indian Women Network. She is also an active member of various corporate business entrepreneur conferences and has moderated at business conclave like “ARTICON” a session on “Recovery of Money- Issues related to IBC/NCLT”. She even judges the regional and national moot court competitions organized by the University and Law Colleges.